What is Psilocybin and Psilocin? 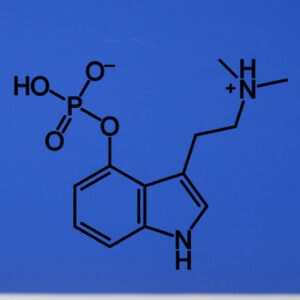 Found within over 200 species of magic mushrooms you will find the production of the naturally occurring compound called Psilocybin, and in lesser amounts, Psilocin, and it’s these two substances that gives shrooms their ‘magic’ properties. Psilocybin itself is not what technically makes you trip, when taken your body quickly breaks down the compound into its different form, Psilocin.

It’s this chemical that contains the power to alter your mind in ways similar to LSD and DMT. Psilocybin/Psilocin works by altering the actions and levels of serotonin in the brain, serotonin is a neuro-transmitter that regulates certain functions of the brain such as mood, appetite and memory. Outside of the body, the main difference between Psilocybin and Psilocin is that Psilocin, being more unstable, breaks down when the mushroom is dried whereas Psilocybin lasts for a vastly larger amount of time.

The noticed effects of Psilocybin/Psilocin on the body are: