The Ethnomycology of Mushrooms

The journey from cave people to Silicon Valley millionaire microdosing.

By Mary Schumacher​, for Wholecelium.com

“The Kingdom of Fungi is perhaps one of the most overlooked elements in our natural world considering the critical role they play in building and sustaining a healthy ecosystem. The first life forms to take hold on land, they have built and continue to maintain the soils from which all subsequent terrestrial life grows from and depends on. Their significant medicinal and nutritional value is also greatly under appreciated by most.” – Martin Bridge 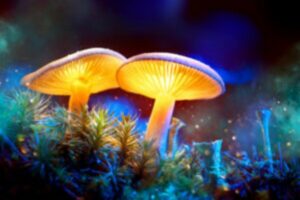 Mushrooms Have Shaped The World

It is true, most people of the world don’t appreciate mushrooms as they should be appreciated. Aside from creating delicious food with a wide variety of the fungi, there are some very special mushrooms that have unquestionably shaped the world we live in today. Psychedelic mushrooms. Also greatly underappreciated by most, but by those who imbibe, they are appreciated to the fullest. These fungi of the Gods have been attributed to giving us spirituality, communication with other realms and perhaps even speech itself.

Ethnomycology is the study of mushrooms and how they’ve affected us culturally throughout history. These pages are intended to give you a broad idea of mushroom culture throughout the millennia. Magic mushrooms predate written history, so we are somewhat limited in our information, though one thing is for certain: humans have had an integral relationship with mushrooms for many thousands of years and we aren’t about to stop exploring said relationship anytime soon. 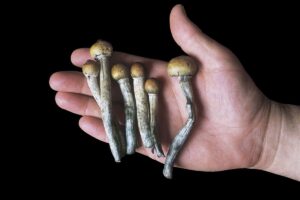 As mushrooms themselves are among the first organisms to develop on our planet, It is extremely likely that the psychedelic mushroom has been around much longer than the humanoid and also that once humanoids made their appearance, that they imbibed magic mushrooms. They were hunter gatherers, after all. Imagine for a moment that first imbiber who ate them, made a new connection in his/her brain and grasped something really big, maybe something as deep as self-awareness. Here we have our first Shaman, connecting with the world around them and the ether that surrounds and penetrates us all.

Ancient cave drawings, carvings, statues and the such have been found around the world and some date back to 9,000 B.C. Mushrooms carried great significance for these early tribes and seem to have been spiritual conduits to the Gods. And even though the psychedelic shrooms were banned by the church in the 1500’s, some scholars link magic mushrooms to the Bible, both the Tanakh and the New Testament. It is said that at the last supper, Jesus ate not bread and wine, but Amanita muscaria mushrooms. The famed Soma from the Rig Veda is guessed to have been the same. 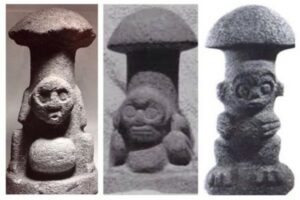 During the period of around 1,000 to 500 B.C., sculptures and artworks depicting mushrooms and their caps were very popular, especially in Central and South America. They carried religious connotations, but we can only speculate what these mystical images and sculptures really meant to them. Mushroom caps with big faces and small bodies were carved in a variety of shapes and the drawings definitely leaned toward the psychedelic.

The Spanish Inquisition ravaged mushroom tribes, yet brought back their lore and told of the mushroom teonanacatl, a highly hallucinogenic shroom, that was being used in religious ceremony. In the thirteenth century, The Codex Vienna Mixtec described the use of mushrooms by Mixtec Gods, especially The God of Seven Flowers, which was nearly always depicted carrying two mushrooms. The God was also depicted with seven other Gods, all holding the sacred shrooms. 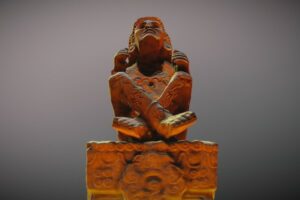 Similar to Seven Flowers, the Aztecs worshiped The Prince of Flowers, who was basically the patron saint of hallucinogens – especially magic mushrooms. The Flowery Dream was how the Aztecs referred to tripping, and what flowery dreams mushrooms bring! Brilliant! Sadly, when Cortez defeated the Aztecs in 1521, any intoxicants outside of alcohol were prohibited, especially ‘the wondrous mushroom.’

Because of these types of atrocities we know very little between the Catholic conquering and the twentieth century, but we do know that in 1939 mushrooms made their comeback in popular culture with findings on hallucinogenic mushrooms in Mexico sent to Harvard University and those findings were published by a man named Schultz.

Subsequently, more findings were published in TIME Magazine in 1957 under the title “Seeking the Magic Mushroom,” by ethnomycologists Wasson and Heim. They wrote the story after having traveled to Central America to explore the uses and effects of these magical mushrooms with mushroom shaman and guru, the famed Maria Sabina. Sabina was the first contemporary Mexican shaman to allow westerners to participate in her healing rituals. In the process of meeting this wonderful woman, Wasson rediscovered ancient mushroom tribes that had survived the inquisition and proved his theory that mushrooms were used in religious rituals. 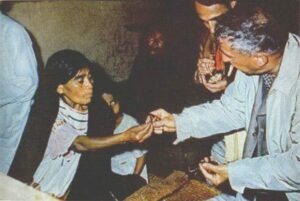 Though Wasson really sparked the magical mushroom revolution, perhaps the heyday of shooms in modern times were the late 1960’s to mid 1970’s when hippies embraced the psychedelic among other hallucinogenic substances. The juicy red with white spots Amanita muscaria mushroom became a symbol for hippie culture and people had transcendental experiences, saw God, saw each other, gyrated to music and contemplated melting walls. Up until 1972 mushrooms were also being studied for their therapeutic effects, though there is a wealth of anecdotal evidence that also supports their healing properties and continues to flow in.

During that time and into the ‘90’s, Grateful Dead tours weren’t only the place to be for any seasoned psychonaut, a few quick queries could usually land some mushrooms, either ground up in chocolates or in their full glory form. The Dead’s music is crafted and experimented with for hallucinogenic experiences. The thousands of dancing bodies and the visuals on stage have always been something to behold. Even though Jerry Garcia sadly passed away in 1995, Dead and Company still tour and it’s still the same wonderful, trippy scene. Not to mention the plethora of other jam bands, Grateful Dead cover bands and trance music that go right along the same lines. 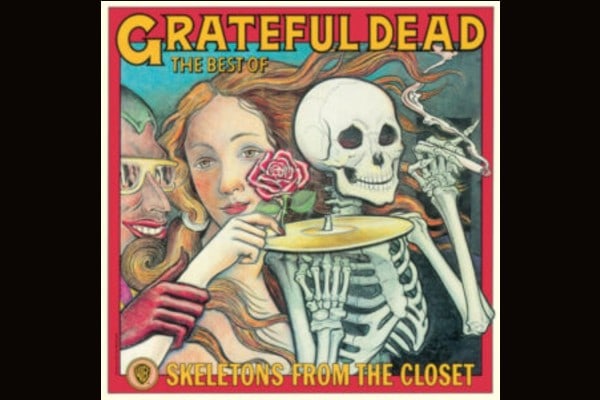 Legendary author, hemp/cannabis activist and strain name Jack Herer may have loved his occasional large dose of shrooms, however, he also used daily microdosing with Amanita muscaria to help him regain speech and motor function after a major stroke. Before taking the daily dose of shrooms, Jack could only remember poems, curse words and favorite songs. After around a year of the microdosing he was able to speak again in full sentences and beyond. He continued the daily ritual until his passing and there is no doubt that the shrooms improved his quality of life. His conversations flowed and he was back to the feisty, quick tongued Jack that was known and loved.

Jack wasn’t the first or last to experiment with microdosing. In fact, it’s become somewhat of a phenomenon in Silicone Valley, except they’re using LSD. The tiny hits of acid sharpen their minds, help with concentration and improve creativity. Microdosing with LSD has also been shown to help combat excruciatingly painful cluster headaches.

There Are Many Different Species

As of now, we know of around 210 types of psychedelic mushrooms, with a range of properties and effects, some more pleasant than others. The psilocybin family of mushrooms has the most popular psychedelic effects. Of these, cubensis and liberty caps are the most grown, picked and distributed of the bunch. Mushrooms from the Amanita family are very different and should be used with caution, with experiences that range from deeply shamanic and cathartic on higher dosages to extremely focusing when used as a microdose. 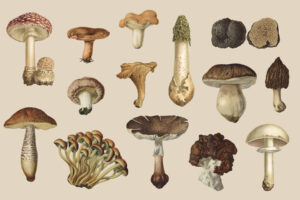 Magic mushrooms are among the most ancient of intoxicants and they are still very popular today. The cubensis shroom is hands down the easiest of magic mushrooms to grow. Grow kits are sold online, and though in many places around the world it is illegal to harvest and eat them, they can still be purchased as a kit and grown as a science experiment. Naturally, most will experiment with their experiment, but we won’t tell.

A Culture Of Connection

As the famed psychedelic artist, Alex Grey, points out, “In 2006, The Journal of Psychopharmacology published Dr. Roland Griffiths rigorous Johns Hopkins University study confirming that psilocybin can deliver a mystical visionary experience to 65% of spiritually inclined people in a conducive set and setting.” Alex Grey’s work is ripe with images that one could very easily get lost in, especially when shrooming or tripping in general. From inner human anatomy to the glory of love vibrations and all the way out to our magical universe, he captures the spirit of us trippy humans. 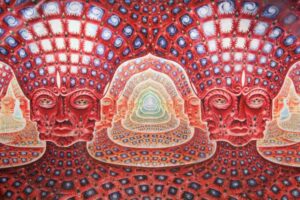 Another great psychedelic influencer of our time is Rick Doblin. The founder of MAPS.org, he and his team have been pushing for psychedelic trials in a number of therapeutic ways and settings. He’s had an upward battle, but his work has paid off a thousand fold. Some of his latest work includes using the psychedelic MDMA during sessions with soldiers suffering from PTSD. The MDMA therapy sessions that have been approved have been life changing for its participants and the therapists, who take a dose with the patient so they can more deeply connect.

That is the true culture of mushrooms, the connections they make. Not only as an underground web that nourishes the earth, but as a spiritual, mental and physical connector. These connections can range from really looking into someone’s eyes to really looking into a piece of art to feeling a connection to a tree, rock or animal to connecting to the invisible web that connects anything and everything. This web, or grid, is sometimes even seen by the hearty imbiber and is a common experience with mushrooms. They are the culture of connection, and we have but to tap in.

Another way that mushrooms are therapeutic aside from connecting one to their environment, is that they can work as a sort of reset button. Not every trip that a person takes is going to be a pleasant one, but sometimes mushrooms are the way we work through something inside that’s been eating away. It doesn’t even have to be as dramatic as that. Maybe a long week and too much from your boss needs to be let go of in order to enjoy your free time. Even a smaller dose of shrooms can take your mindset and give it a good reset. 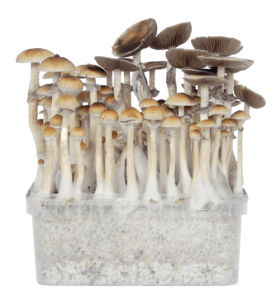 Sadly, psychedelic mushrooms have been demonized and criminalized around the globe. There are still sweet spots where the government has either seen the light or can’t be bothered with it, but there is a suppression that infringes on our basic freedoms. Like the cannabis plant, this is something that grows naturally, with or without our assistance, and that connects us to inner and outer realms we’d otherwise never access. Maybe that is what governments are so afraid of, but either way, with the spiritual and healing properties of mushrooms, we must continue to support initiatives that free the magic mushrooms of the world from any unnecessary stigma.

30 up to 60 grams of fresh Magic Truffles!
€29.50
Want an even better deal? More discount when buying 2 units or more
Shop