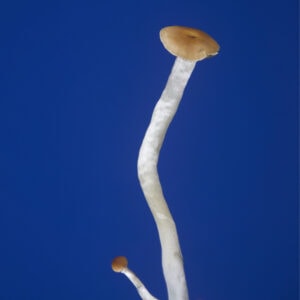 Known as the ‘third kingdom’, fungi are comprised of organisms and microorganisms such as yeasts, mushrooms and mould and they stand distinctly separate from the plant and animal kingdoms, surprisingly fungi share more similarities with animals than they do plants.

One of the main characteristics of a fungus that helps set it apart from the other kingdoms is that they all contain within them a substance called ‘chitin’ which allows fungi such as mushrooms to develop their shape and maintain structure. In nature, Fungi serve an incredibly important role in the life-cycle of the planet as they are at the top of the table for ecological decomposition, basically they convert dead or decaying life into new life and this is how they gather nutrients as well as regulate the systems they live in