What are Magic Truffles? 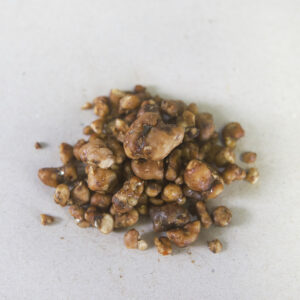 In general, a truffle is the fruit of a subterranean (something that lives underground) species of fungi during a certain stage of the fungus’s life cycle. Magic truffles, specifically, are the sclerotia of Psilocybin containing mushrooms but aren’t mushrooms themselves, they are compacted masses of mycelium, serving as a reserve to the entire fungus.

Their scientific name being sclerotia (plural). Despite some misinformation to the contrary, magic truffles do in fact contain psilocybin just as their above-ground mushroom siblings. Typically sclerotia are formed when the growing conditions for fruiting mushrooms are not optimal, instead the fungus intelligently creates a water and food stores in the form of the truffle which can thrive underground until the environment shifts for the better.

Of the over 200 species of psilocybin mushrooms only a select few such as Psilocybe Tampanensis, Mexicana or Atlantis, can actually form truffles of their own.